Interview with Vincent DiFiore from CAKE 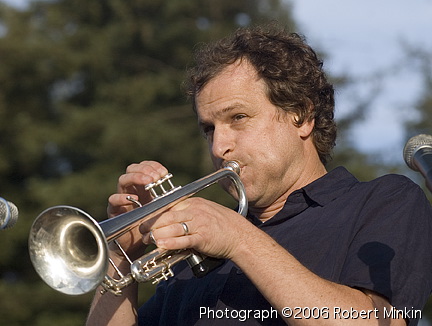 What can you say about Cake? “Clever”, “ironic”, and “monotone” are just a few words that come to mind, but I’ll be darned if they aren’t one of the most interesting bands still rocking the live circuit. Their rise to prominence was inevitable… I mean, can you honestly say that when the opening for “The Distance” projects over your speakers, you DON’T turn it up? That’d be a load of rich, creamery butter.

Forming in the early 1990’s, Cake made their way around the Cali circuit, undoubtedly turning heads and captivating crowds wherever they played. Their sound is unique and highly enjoyable… You can either listen with intent, or as background, and it just seems to make a whole lot of sense, and none at all, wherever you are.

A welcome addition to an already ridiculous lineup brought to you by Dan Smalls Presents this Summer, Cake will be rocking Brewery Ommegang in Cooperstown on June 15th. Between Wilco, Fiona Apple, and Bela Fleck, the guy has personally assured my an empty bank account.

Something tells me there will be A LOT of good times and beer drinking to be had with the fellas from Cake…It’s a solid “Must See” event for our area, and most likely a strong sell out… Go get your tickets, folks. I managed to get in contact with Vincent DiFiore via email prior to the show to talk about stuff and junk. It’s Cake… It’ll be entertaining.

G- What’s up guys and thank you for taking the time to speak with Live High Five! How’s everything been going on the current tour?

V- Things are good. We took some long bus rides. I’m not sure if we like the same TV programs. We actually keep the TV off almost all the time, and discuss social, medical, and political issues. It’s a real laugh riot.

G- So Cake is a little more than 2 decades old, and you’re still turning heads and making fans wherever you go. What’s the secret ingredient that makes your recipe so moist?

V- The secret ingredient is probably the unquantifiable element, that is the gestalt of the group. Our statement as a group that plays tight arrangements with good interplay, is much more powerful than any single element on its own.

G- Your music encapsulates many different genres, and it’d be difficult to pigeonhole your sound into one special place. If you were to explain your sound to someone who’d never heard your tunes before, what would you tell them?

V- It’s hard core easy listening. Downstream from mainstream. Hank Williams and Sly Stone are at a party together and they’re listening to AC/DC records backwards.

G- You have 7 albums out so far, including a b-Sides release, and 2011’s “Showroom Of Compassion” was your latest release. How do you go about writing your albums, and what is the recording process like for you guys? It must be a whole lot of fun coming up with Cake tunes!

V- John is our primary songwriter. He brings the words and melody to us, along with other riffs he has for it, and we all contribute to the arrangement plus other melodic lines and rhythmic ideas.

Often we will scrap one arrangement in favor of another. We diligently work on a song until it is ready to get into a final mix.

G- How do you feel about the music permeating the airwaves these days? Is Cake a fan of anything coming out that maybe you can hip us to? What do you guys listen to when going back and forth on tour?

V- I have a great routine going in my work area, where I also keep my turntable. I go to my collection of vinyl with my eyes closed, and grab a jacket randomly. This keeps me from being picky. I know these albums are still in my collection for a reason. I’ll take the vinyl out, and lay the needle down on any track. The results are often profound. It’s always a song that resonates with me in the moment somehow.

G- So, who are you voting for in the election? Any particular favorites to lead the U.S. for the next 4 years?

V- I’d like to see the President and Secretary of State continue to work their international diplomacy. I think Obama and Clinton are quite good at it.

G-  Are there any changes you would like to see come to fruition during the next president’s term… Attainable goals you think we could hit if we put the government to work?

V- An alternative to fossil fuels would be great. I hope we encourage and invest in innovation.

G- Back to the music… I think, with the exception of Norwegian Black Metal, Cake could probably blend into just about any live event and make it work. Are there any acts that you hope to share a bill or collaborate with one day?

V- Perhaps we could get together with one of these bands from Norway you mention. That would be an awesome collaboration. I’m into it.

G- Since most of your shows are probably memorable, can you tell us about the craziest show you’ve played to date? Where was it and what was it like?

V- Once we were asked to play at a Bar Mitzvah in Boca Raton. There was a nice invitation, so we called the family and actually set it up. It was a kick. I’m glad we did it.

G- Lastly, what advice can you give some of the young, up and coming bands out here who want to make it in music, on the road, and as a professional musician?

V- The advice I would give is to always work on the material. You have to have some bones to put the meat on.